Formed in 1982, Cry Before Dawn became one of Ireland best loved bands, winning the prestigious IRMA award for “Best Newcomer” 1987, and “Best Irish Group”, in 1989. Their two albums “Crimes Of Conscience” and Witness For The World” went double platinum and they developed a reputation for being one of Irelands most passionate live bands. Their music is enhanced with Uilleann Pipes, Irish flute and whistles, a sound that sets them apart from their contemporaries.

We are delighted to announce that Wexford natives The Remedy Club will be opening for Cry Before Dawn. 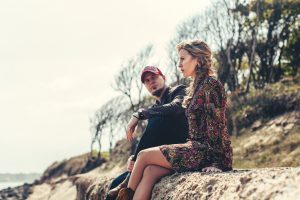 The husband-and-wife Americana/Roots duo comprising KJ McEvoy and Aileen Mythen released their new album Lovers, Legends & Lost Causes on October 8th via High Flying Disc Records and are in the middle of their Irish national tour.  Their album has been receiving high praise as well as plenty of airplay in Ireland, the UK and the States.  The Rocking Magpie, UK described them as ‘My new favourite duo of all time’ and  ‘damn fine country music with an Irish heart and soul’. The duo are known for their tight vocal harmonies and intelligent songwriting while McEvoy has been singled out for praise as a guitar player of great expressiveness and technical aplomb and Mythen for her stunning vocal performances.The album was produced by The Remedy Club at Astakalapa Studios, Gorey, Co. Wexford, Ireland and mixed in Nashville by 5-time Grammy award winner Ray Kennedy (Steve Earle, Lucinda Williams, Willie Nelson) and Mark Petaccia (Jason Isbell, Lindi Ortega).   It features some of Ireland’s finest musicians including Kj’s sister Eleanor McEvoy on strings.

We look forward to welcoming them back to The Spiegeltent for some ‘lilting sweet sounding harmonies’ and ‘the dirtiest twang guitar you’ll ever hear’.