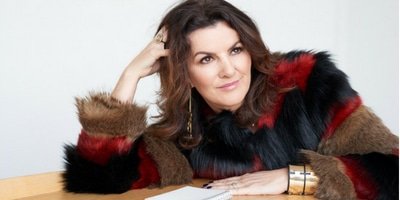 Deirdre O’ Kane returns to Wexford after her sold out show at JestFest earlier this year. Deirdre has really hit her stride, footloose from a glittering turn on Dancing with the Stars and revelling in her return to stand-up, don’t miss Deirdre at her hilarious best in a straight-talking look at twelve frantic months in the life of this tango-tripping, family-minding, telly-making, house-moving, comedy dynamo.

One of Ireland’s most exciting emerging talents, Emma Doran is a comedian, blogger and self-proclaimed chancer. Her stand-up and sketches have racked up hundreds of thousands of hits on some of the country’s most popular sites including Daily Edge, Mummy Pages, SHEmazing, Broadsheet, Breakingnews.ie and Her.ie. Emma was also a regular on RTÉ’s Republic of Telly, and has appeared on the Today Show with Daithi and Maura and American TV Show Right This Minute. Emma can also be heard on FM104 breakfast show The Strawberry Alarm in their hilarious sketches with Jim Jim and Co. Dry and sarcastic, she firmly has her finger on the pulse of society and is wickedly funny.

Julie Jay is one of the most exciting new voices on the Irish comedy scene, with her on-stage warmth accompanied by a sizeable side dish of distinctly Irish self-deprecation. Wry wit, neurotic observations and clever joke-writing have seen Julie take the comedy world by storm in recent months and makes her an act not to be missed. Winner of Forbidden Fruit Comedy Search 2017; Vodafone Comedy Festival 2017/2018; Electric Picnic 2018; All Together Now 2018 and Regional Finalist Funny Women 2018.

“One of Ireland’s Leading Comedians” – The Journal.ie