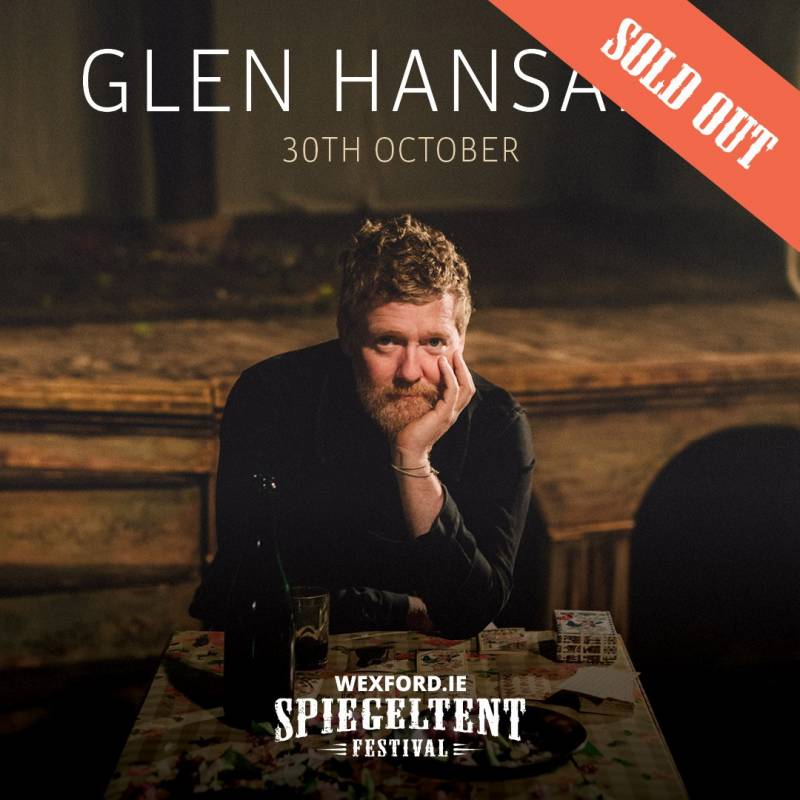 Glen Hansard will be in Wexford this October!

Glen Hansard is the lead singer and a founding member of The Frames. He is one half of folk duo The Swell Season, along with Czech pianist and vocalist Markéta Irglová. Together, they share an Academy Award for Best Original Song for “Falling Slowly,” from the film Once, in which they both starred.

More recently in his career, he has released four solo albums, including the GRAMMY-nominated Didn’t He Ramble (2015), as well as a number of EPs and a Live record. In 2020 Glen began working on music with Eddie Vedder (Pearl Jam) for what would become the soundtrack to the 2021 film, Flag Day (directed by and starring Sean Penn). Glen and Eddie have toured together over the years and are continuing to work on new music for another untitled project.

Outside of music Glen has been a constant voice over the years for the homeless in Dublin.  His shows at Vicar Street around Christmas, along with the now famous “Christmas Busk” have helped raised both awareness and money for a number of charities.

Glen is in a constant state of motion whether it be creatively or physically.  He currently working on new material for his next album and is looking forward to getting back to the  stage where he is most at home.