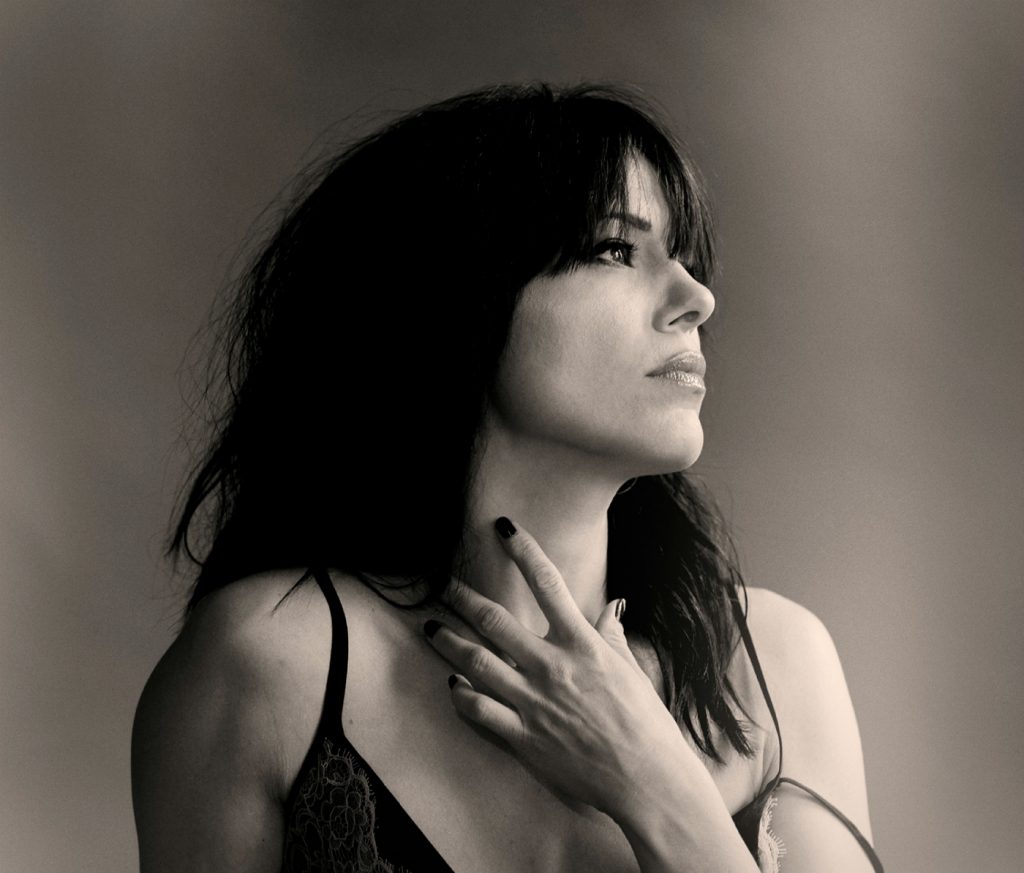 Imelda May has become one of Ireland’s most celebrated female artists. Discovered by Jools Holland, who asked Imelda to support him on tour, Imelda has gone on to perform alongside legendary artists including Lou Reed, Bono and Smokey Robinson and can count high profile artists including Bob Dylan (who recently revealed he is a fan of Imelda in a rare interview with Bill Flanagan) and Bono amongst her fans.

On release ‘Life. Love. Flesh. Blood’ topped the UK Americana chart and landed No.5 in the official UK album chart (her second UK top 5), ahead of artists including Texas and Drake with her strongest first sales week ever in the UK. One of the most critically acclaimed releases of 2017, the album spent over a month in the Top 20 and recently returned to the Top 10

Imelda’s new single ‘Girl I Used To Be’ is out now Decca Records. The track is taken from her Top 5 new album ‘Life. Love. Flesh. Blood’ and follows the BBC Radio 2 playlisted previous singles ‘Call Me’, ‘Black Tears’ and ‘Should’ve Been You’. A hauntingly beautiful acoustic ballad, ‘Girl I Used To Be’ a memoir of Imelda’s life growing up in the Liberties area of Dublin, and the lessons learned she will pass on to her daughter.

“I love those old story songs where you’re taken on a journey from beginning to end,” says Imelda of the track. “Songs you’re riveted with. Like when you’re in the car and you sit in the driveway, because you can’t turn the radio off, you have to listen to the end of the story. I thought, ‘I’d like to write one of them’. The lyrics are about my family, and my daughter, and myself and my life growing up in Dublin. We didn’t have much money but my parents are fabulous, creative and open-minded people. They gave me art and literature and encouraged me to do whatever was in my heart and I want to do that with my daughter.”

“Imelda May is an amazing singer.  Her voice can illuminate and bring to life songs like no one else.  I was so delighted to hear her new album where she explores new directions and new ideas.  She is a unique talent amongst the great vocalists of today”.

“I love the girl she used to be but I think I love even more the woman she’s become. Still mischievous and playful, still a siren but there’s an ache in her voice now that has me with a glass at my ear to the wall of her world where trouble has entered the room next door. She cries Black Tears, she’s not inconsolable but you sense a girl retching in her bathroom… addiction… it’s not alcohol, it’s not drugs… it’s a heart broken like a glass, spilling over, smashed on the tiles. There’s an erotic power here that’s not just feminine power. She makes truth telling an invitation to intimacy. How Bad Can a Good Girl Be is a stone cold classic that’ll outlive all of us. It’s always a wonder to watch an alchemist at work, turning dull gray metals of a life too experienced into gold”.

“I’ve never met anyone quite like Imelda May. She is full of life. When I first happened onto her music, she was a punky Irish Rockabilly singer with a great band. I was intrigued by her deep feeling for and understanding of that American art form, much of which, of course, had originated in Ireland. When I ran across her several years later, she had gone through a change of lives and was writing about it with a wild intensity and singing about it in the most open hearted way. I was inspired by her honesty and her generosity, and I continue to be intrigued.” – T Bone Burnett