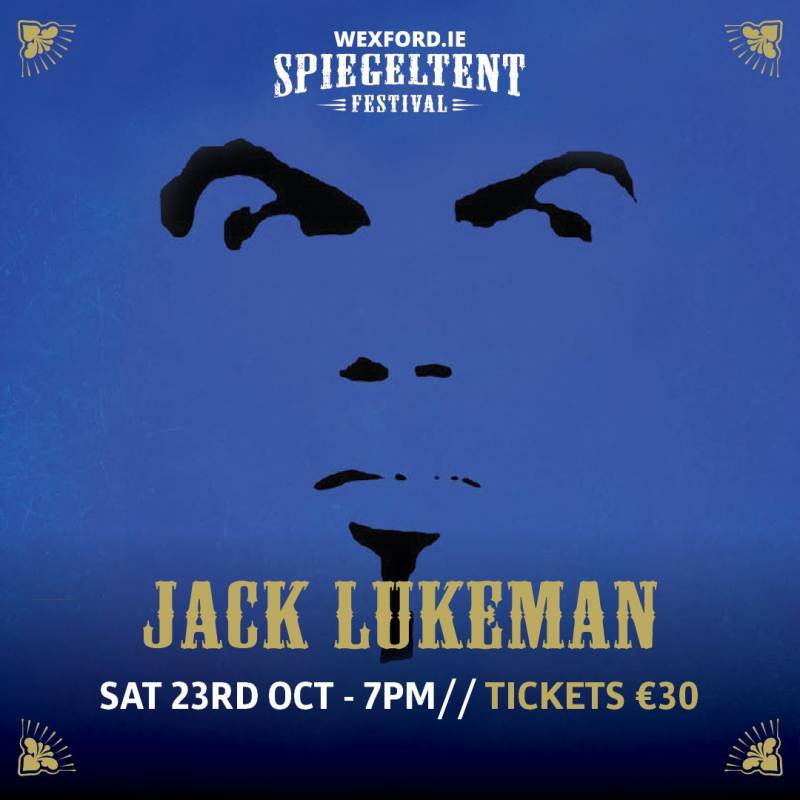 Jack Lukeman is one of Ireland’s most respected and best-loved performers. Described as ‘a mixture of all the remarkable voices of the 20th century’ (The Guardian).

Jack has had several platinum-selling albums year after year. His single largest show was broadcast live on national television in front of a 5,400 audience at Dublin’s Point Theatre.

In 2017 Jack’s album, “Magic Days”, was a massive hit in Ireland with two sold-out nights at Dublin’s National Concert Hall and Vicar St. From 2017-19, Jack has been touring continually internationally with artists such as Imelda May, Jools Holland and The Proclaimers. His most new album ‘Streamed: the Best of the Lockdown Sessions’ features songs that first appeared on a hugely popular weekly live stream (in which each week Jack would learn the songbook of artists that had influenced him (Dylan, Bowie, Cohen etc.) and perform a ninety-minute special live each Saturday night. His fans then voted on their favourite tracks, and Jack then re-recorded the fifteen most popular choices. The 18th month series of Jack streams has had over 400,000 views. Jack is currently recording his new album of original material for release in 2022.

“As with all great shows, it’s over too soon”……….Edinburgh Evening News “A gorgeous, versatile Baritone”……….The Washington Post

“Jack L’s voice is an irresistible force of nature”……….The Irish Times “What a voice…what a performer!”……….Los Angeles Times

“Jack is one of the greatest interpreters of song lyrics I have heard in recent years”……….Christopher

“A mixture of all the great voices of the 20th Century. 5 Stars”……….The Guardian