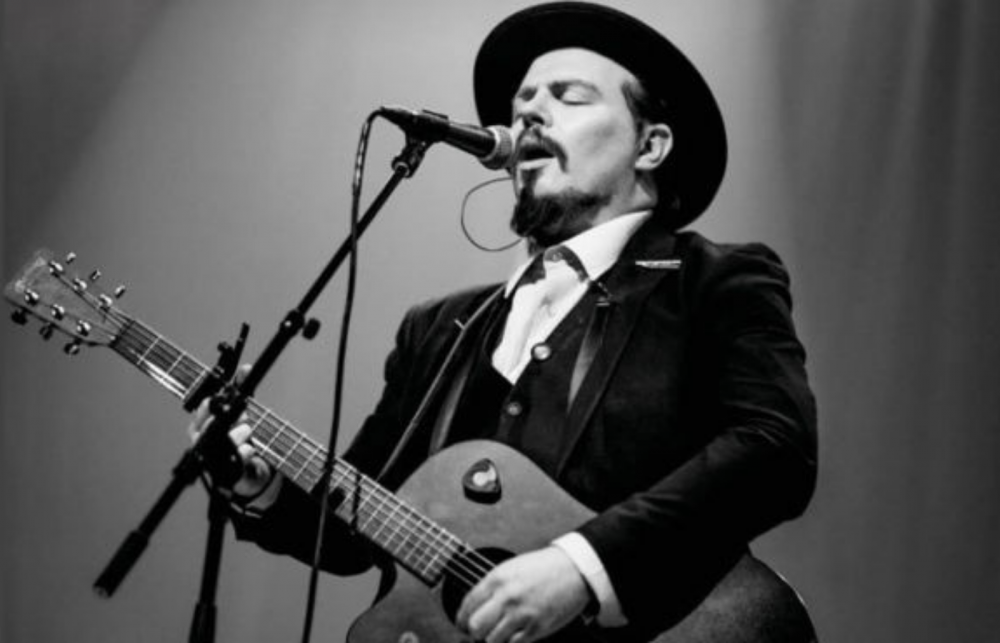 **Under 18’s must be accompanied by responsible adult**

**Seated – In the Round Performance**

Jack is inviting you to celebrate the 20th anniversary of his first original album Metropolis Blue with a very special “in the round” performance at the Wexford Spiegeltent Festival.

The multi-platinum ground-breaking album established Jack internationally both commercially and critically, featuring much-loved songs such as Georgie Boy, Rooftop Lullaby, Ode to Ed Wood, When the Moon is High.

US CDNOW magazine enthused “Combine the talent of Frank Sinatra, Elvis Presley, Tom Waits, and Tom Jones and the result is a velvet-throated, hip-shaking madman with a sexy accent that would likely resemble Jack Lukeman. The voice is the clincher. Surely one of the great voices of our times, with Metropolis Blue, Jack Lukeman is ready to take his place on the rather short list of truly great singers.” Similarly, The Boston Globe was astounded at “Lukeman’s lush, evocative debut”.

The album emerged in 1999 from songs tested on the rough and ready Acoustico cassette demos. Shaped by the wonder of Jacks startling voice and born of life on the road. The album was produced by Jack with some songs co-written with axe-man David Constantine and longtime collaborator Martin Clancy.

So come and enjoy Jack Lukeman’s renowned live performance and celebration of his initial breakthrough Metropolis Blue in full plus a few surprises.