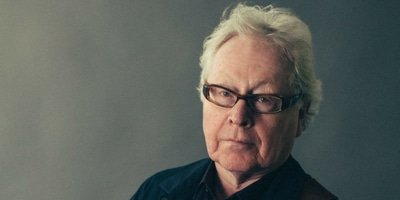 Paul Brady, singer, songwriter and multi-instrumentalist is one of Ireland’s most enduringly popular artists.

Born in Belfast on May 19th 1947 and raised in Strabane, Northern Ireland, on the border with the Irish Republic, he was interested in a wide variety of music from an early age. A fifties child, his first sounds were the Swing, Jazz and Show tunes of his parents generation. Then 50’s Rock ‘n Roll, 60’s Pop and Motown, Blues, R ’n B and Country & Western. Through all this ran the potent flavour of Irish traditional music and song.

Learning to play the piano pretty much by ear, trial and error, his early heroes were Jerry Lee Lewis, Winifred Atwell and Fats Domino. By the age of eleven he had begun to play guitar, spending his school holidays learning every tune the Shadows and The Ventures recorded, and every lick Chuck Berry played. Mid-teens saw him take summer jobs playing piano and guitar in Bundoran, a seaside resort in nearby County Donegal. But it was around 1965 in Dublin, at college, that he began to develop as a singer and performer joining a succession of R ’n B / Soul bands including The Inmates, The Kult, Rootzgroop and Rockhouse covering the songs of Ray Charles, James Brown, Junior Walker, Ike and Tina Turner, and blues legends like Muddy Waters, Howlin’ Wolf and Chuck Berry.