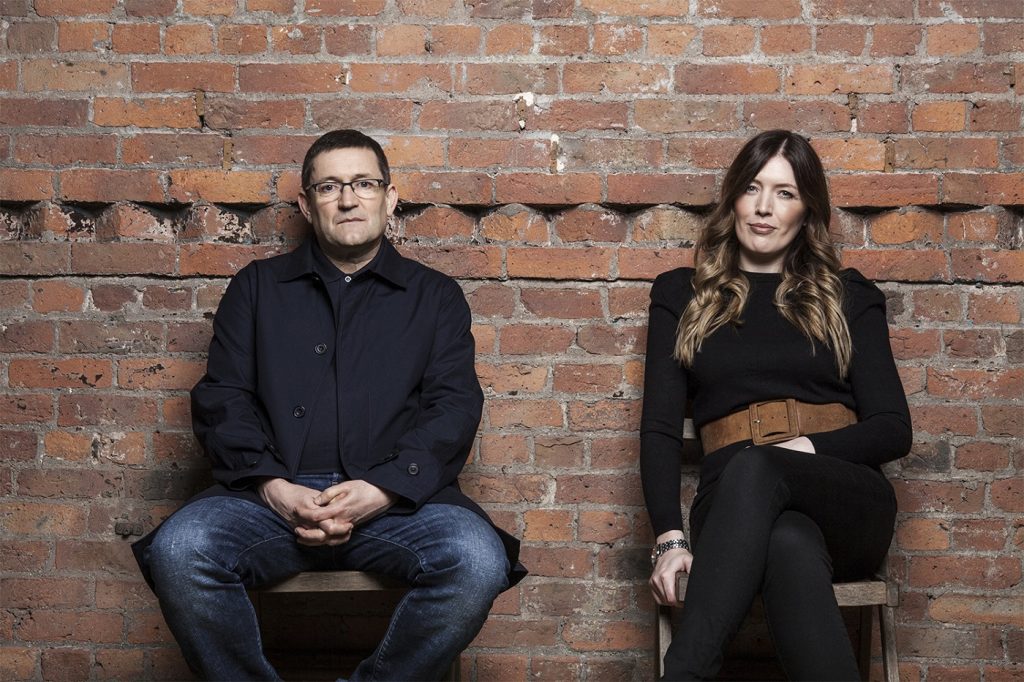 Paul Heaton and Jacqui Abbott return to the Wexford Spiegeltent Festival on Saturday 28th of October.

Paul Heaton has been a wonderfully astute songwriter – composer of the most joyful melodies, the most barbed lyrics – for four full decades now. But where some artists, even venerable ones, can tend to coast somewhat in midlife, Heaton, along with his musical foil Jacqui Abbott, is just hitting his stride. The duo’s new album, ‘Crooked Calypso’, brims with his newly-discovered zest for life.

‘Crooked Calypso’ is 12 tracks long, and boasts all the hallmarks of Heaton’s inimitable songwriting: songs buoyant with melody, and redolent with snark, but also real emotion. One of the songs ‘Blackwater Banks’, is a most gorgeous waltz that celebrates Ireland and Irishness with a rarefied elegance that we would be proud to call our own. Inspired by Jacqui’s distant Irish roots and a cycling trip Paul made through the Emerald Isle including a stop off in the Sky and the Ground, it could be a new Irish national anthem.

Paul Heaton first found fame in the mid-1980s with The Housemartins, surely one of that decade’s more gleefully idiosyncratic acts. Who else, after all, dared mix Christian imagery with Marxist leanings, a dollop of humour and a side dish of gospel? By 1989, he was fronting the Beautiful South, and set about subverting the entire concept of the radio-friendly love song. Beautiful South’s canon was, and remains, full of lovely red roses that teetered on stalks of sharp thorns. ‘Song For Whoever’, which reached number two in 1989, was to all intents and purposes a classic ballad, but it was also one written from the point of view of a cynical songwriter who pursued love simply to write more songs about love; and it remains wryly amusing to hear ‘Don’t Marry Her’ still getting heavy rotation on Heart FM today when you know that the album version of the polite single edit features the line “sweaty bollocks” and the joyful chorus of: “Don’t marry her, fuck me”, sung by Jacqui Abbott, a former supermarket shelf stacker, in arguably the most sublime country voice this side of Nashville.

Beautiful South sold 15 million records before breaking up in 2007 due to “musical similarities”. Few of his peers could boast such sales. Heaton went solo, while Abbott devoted time to raising her autistic son. When he contacted her again in 2011 with a view to collaborating once more, Abbott was thrilled. And we are thrilled to welcome them back to the Spiegeltent once again.