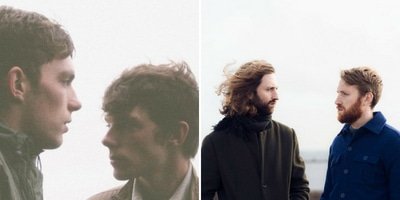 Raised in Wexford, 20-year-old twins Brandon and Ashley combine to create The Ocelots. With just a guitar, a harmonica and their voices, they have created a raw sound that has been generated from years of street performing around Europe. They have crafted their song writing and musical experience together to produce a forceful blend of rich harmonies and bare, raw acoustic folk. Their music perfectly embodies the breezy effortlessness of early Bob Dylan, and Simon & Garfunkel. Deeply embedded in the Irish music scene, The Ocelots have showcased their music in Irish Festivals like Body & Soul and Electric picnic. The twins have performed and toured with acts such as Jack Johnson, Glen Hansard, Hudson Taylor and Isaac Gracie.

Ireland has a rich history of Soulful and Blues influenced music, BASCIVILLE are quickly becoming one of the leading and most significant forces in modern Irish Soul and Blues music. Basciville sound is as eclectic as it is focused, aiming to bring together pop sensibility with jazz and blues ideals.

With influences ranging from Rhythm and Blues greats such as Marvin Gaye, Stevie Wonder and Ella Fitzgerald to modern day Soul and Jazz artists including Jeff Buckley, Led Zepplin, Ry Cooder and Van Morrison. Hailing from county Wexford, Basciville are a duo, made up of brothers Cillian and Lorcan Byrne, both with degrees in music from Wexford Institute of Technology and many years’ experience recording and touring with some of Ireland’s best-known acts.